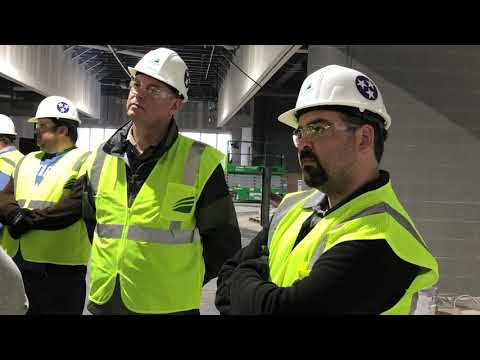 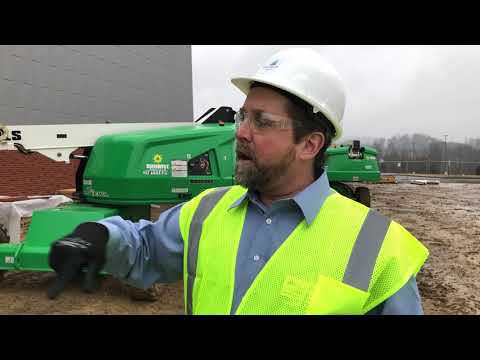 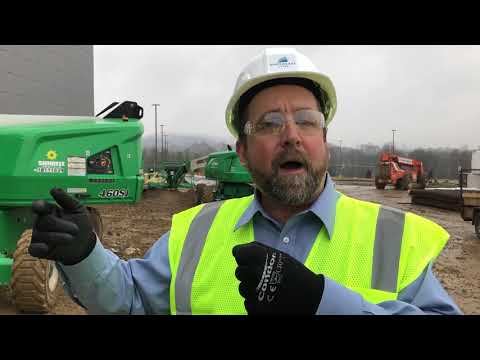 When NSCC’s Technical Education Complex opens in January, it literally will use glass walls to showcase for visitors technical education and trades that are essential for business and industries but traditionally haven’t been in the limelight.

And at almost $30 million for construction costs alone, the project formerly known as the Emerging Technologies Complex also will be the largest, in financial terms, capital project at any community college in Tennessee. It will replace two buildings that go back to 1965 and 1966.

The building uses General Shale brick from the Tri-Cities and zinc siding from Jarden Zinc in Greeneville, which provides penny blanks to the U.S. Mint. The zinc is mined and used to make siding in Tennessee.

Part of the main vision for the building is to “bring back the dignity of work,” said Sam Rowell, vice president of economic and workforce development for NSCC.

WELDERS, ELECTRICIANS AND AVIATION WORKERS TO BE TRAINED HERE

“We believe students should go into technical programs,” NSCC President Bethany Flora said Friday afternoon before the second of at least four “hard-hat tours” set before Christmas break. She said the facility also can be used for programs that allow high school students to earn a two-year associate’s degree their senior year of high school.

The facility is only a few miles from Sullivan County’s new West Ridge High School, scheduled to open in August 2021.

An area of particular need is the aviation maintenance industry, predicted to have a continuing shortage of qualified workers in the future.

WHAT ELSE WILL BE LEARNED HERE?

Programs to be offered on the first floor of the building include computer-aided design, electricity, robotics, welding and metal fabrication, computer machining, electromechanical, magnetics and motors, mechatronics and HVAC. Second-floor offerings will include accounting, administrative professional technology, business, entertainment technology, entrepreneurship a student collaboration center, the Internet of Things, networking and programming.

The 114,475-square-foot, $29.9 million structure also includes collaborative spaces where students from the different disciplines can meet, NSCC said, as well as a link to a courtyard area connecting it with the rest of the campus, including a natural stage in the new structure.

The project had a groundbreaking in October 2018, a topping out ceremony in April 2019 and is set to open for students when the spring semester begins in mid-January of 2020. A ribbon cutting is tentatively set for late January, Rowell said.

“There are a lot of variables there,” Rowell said outside the building, standing in the mud after the tour. Rowell added that the advanced technologies on the first floor will open first in the spring, with other areas to follow and the last ones being the second-floor business technologies.

“We’re open for discussions with individuals about our down times,” Bob Plummer, NSCC’s chief advancement officer, said about the availability of the facility in the summer and on weekends for industrial training.

He said that fits in with a long tradition of NSCC helping business and industry train their workforces at locations such as the Regional Center for Advanced Manufacturing in downtown Kingsport.